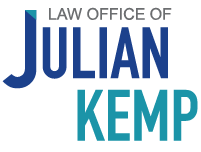 With extensive understanding of statutory law and the practices employed by the police and prosecutors, Julian Kemp has guided hundreds of individuals and families through the criminal legal system both as a public defender and a defense attorney in private practice. Do not face charges alone. We are here to ensure your rights are protected

Domestic violence can take many forms: physical abuse, sexual abuse, emotional abuse, and economic abuse. In Florida domestic violence is a classification of several different criminal acts committed by one family member against another. It is important to understand how domestic violence offenses are handled in Florida.

Drunk Driving, Driving While Impaired (DWI) or Driving Under the Influence (DUI) in Florida is a serious offense. DUI charges can result in heavy fines, revocation of your driver’s license, impounding or immobilization of your vehicle, community service, increased insurance premiums, DUI school. And if it is a repeat offense, jail time is a possibility. Upon conviction for a DUI charge, the penalties are the same, despite the way the DUI offense is proven. .

Whether someone suffering from addiction or a recreational user, you will face the same legal issues and penalties. There are wide range of drug offenses and factors that affect your case: possession, distribution, intent, the type of drug, and the amount in question. Having aggressive and experienced legal counsel to represent your interests from the beginning can have a significant impact on the outcome of your case. In Florida, penalties for drug convictions are severe. They can range from probation or community service to heavy fines and imprisonment.

Sexual offense charges (prostitution, solicitation, sexual battery, internet crimes, rape, etc.) are extremely serious. In Florida, these crimes are prosecuted aggressively, and generally carry the most severe penalties and punishments. Sexual offense charges can have an adverse impact on an individual’s reputation, job, and social status. Additionally, the media often pursues these types of cases for national and local coverage.

Without question, violent crime convictions (murder, homicide, manslaughter, battery, rape, kidnapping, assault, robbery, etc.) carry the heaviest penalties in the Florida criminal justice system. It is very important that you consult and experienced criminal lawyer that is experienced with criminal charges and understands the state laws and legal process involved with violent crimes.

White collar crime may be perpetrated silently and stealthily, but it is still a crime. It is carried out in boardrooms, in banks, and in many other places where professionals, business people and public officials work and gather. If you, your company, or someone you do business with is under investigation, or has been arrested and charged with a white-collar crime, such as fraud, embezzlement, tax evasion, etc., understand that careers, livelihoods, and reputations may be in serious jeopardy.

Society recognizes that it is important that people who have committed a crime and have paid their debt to society, have the ability to get on with their lives without having the stigma of past misdeeds constantly hovering over their heads, and perhaps preventing them from getting a job, renting an apartment, or securing a loan. That is why Florida’s justice system has a process in place for the sealing and expunging of criminal records. If you have served your time, or otherwise have had criminal charges against you dropped for any reason, you may be eligible to have your criminal history kept from public view.

Laws against theft are as old as the Ten Commandments and the act of knowingly obtaining, using, or taking the property of another, or depriving an owner of, or the use of, his or her lawful property, is a still a crime, today. Theft is punishable by a wide range of sanctions, up to and including long sentences in prison.

The crime of robbery is theft that is accompanied by the use of force, violence, threat, or intimidation against a victim. Robbery exists whenever property is unlawfully taken from another person who is either physically abused, threatened with harm, or frightened into giving up any possession of value. And it is not always necessary for a robbery offense to include the use of a firearm, or other type of deadly weapon. In Florida, robbery is a felony offense that carries penalties up to life imprisonment in a state penitentiary.

The proliferation of computers has spawned along with it a growing category of unlawful misdeeds, known as computer crime or cybercrime. Cybercrime is any offense that uses a computer, or computer technology, as a communication device in order to defraud, steal, threaten, or extort an individual or a company. Cybercrime also occurs whenever a computer or computer system is the object of unauthorized access or data theft. Both the federal government and the state of Florida have promulgated an ever-expanding body of cybercrime laws and statutes. And prosecutors are going after cybercriminals, vigorously. 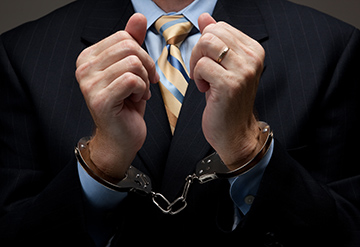 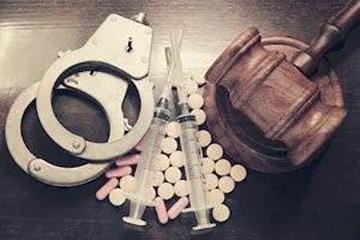 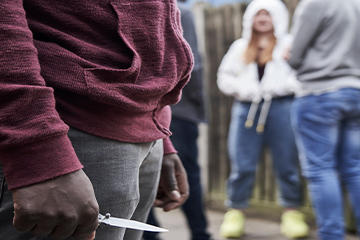